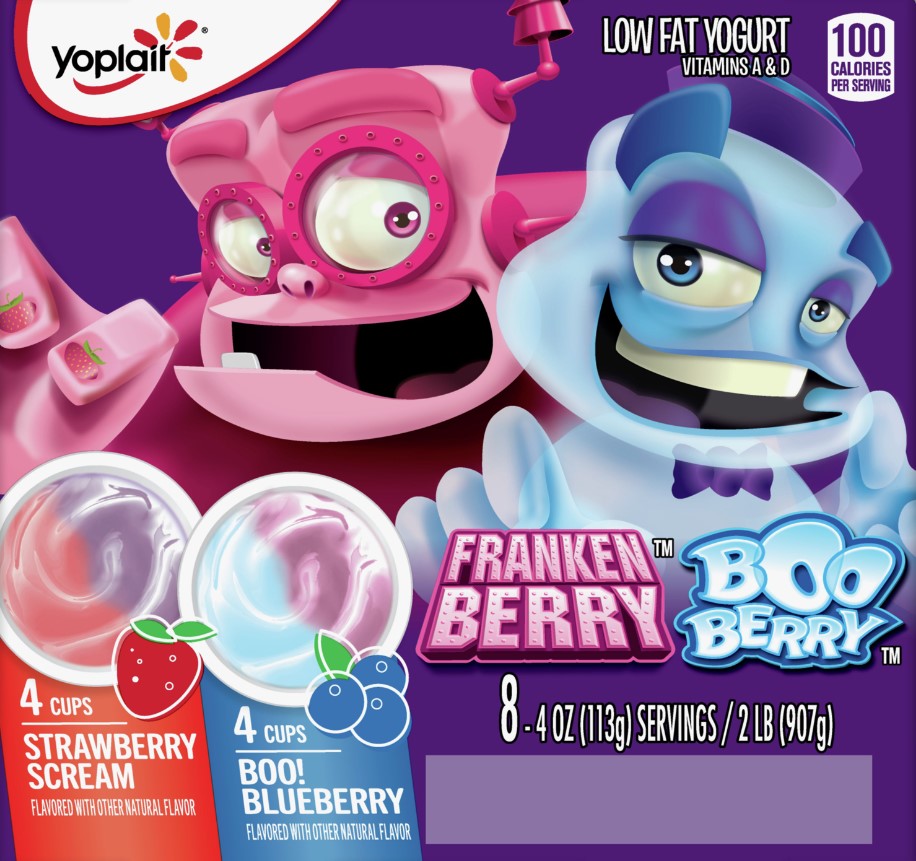 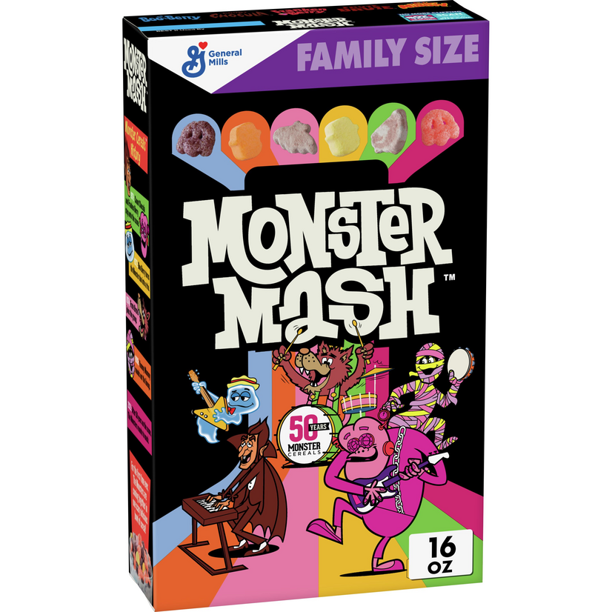 This year marks the 50th anniversary of General Mills’ Monster Cereals lineup, which began with the launch of chocolate-flavored Count Chocula and strawberry-flavored Franken Berry cereals in 1971. The blueberry-flavored cereal Boo Berry followed shortly after, premiering in 1973. Fruit Brute and Fruity Yummy Mummy, which were introduced in 1974 and 1988 respectively, will make their returns in the Monster Mash cereal after both being discontinued in 2014.