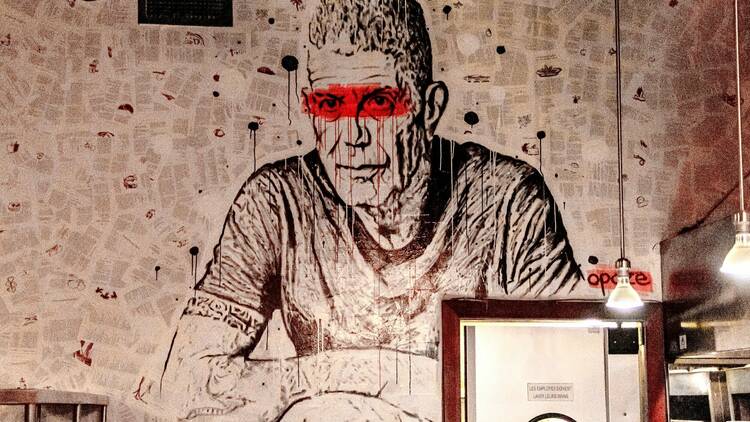 Imagine if your restaurant was vandalized by local graffiti artists in a trendy part of Montreal. That would be disastrous for a business owner. That is exactly what happened to “Le Speakeasy” in Montreal. It is discouraging for business owners to have their place of work vandalized. Nicolas Delrieu, of “Le Speakeasy” invited the graffiti artists back to sprawl street art all over the establishment. The restaurant is now called Vandale which is vandal in English. I really love the Banksy-inspired mural of Anthony Bourdain. Their phoenix slogan when you enter the site, “burn it to the ground” is ballsy for an eating establishment. Then again Vandale caters to a different type of clientele.