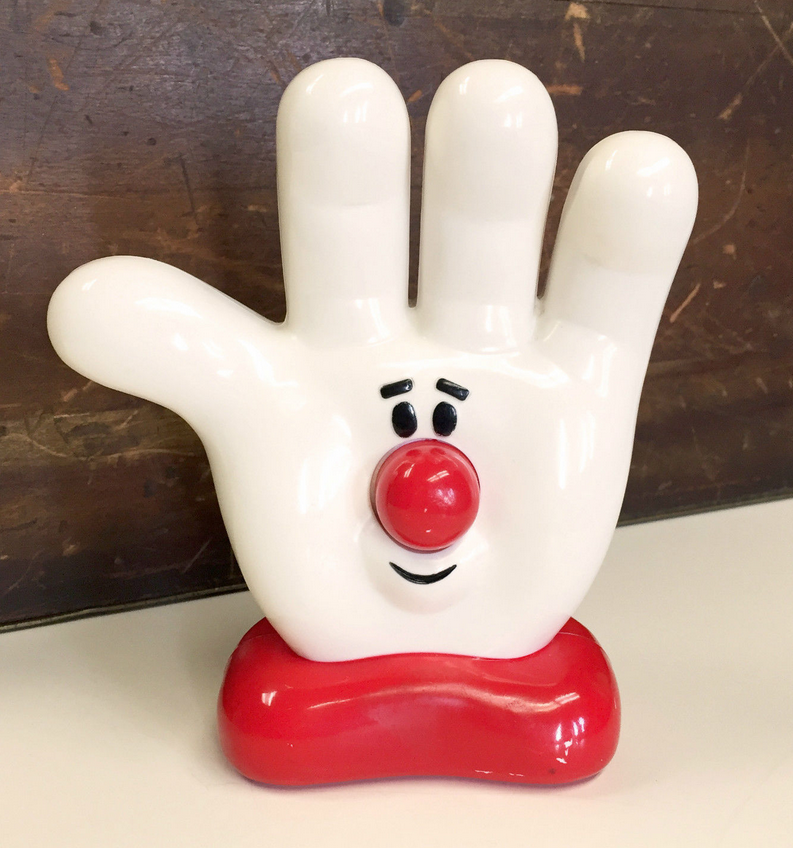 Hamburger Helper mascot must be the most famous left-hander. He was introduced in 1977.  He is also known as the Helping Hand or “Lefty.” The mascot was created because of lagging sales. Sales took off right after the commercials aired.  It’s estimated that more than 1 million households eat Hamburger Helper for dinner each weeknight.
Chris Parnell from Saturday Night Live and 30 Rock has been the voice of Hamburger Helper Hand since 2010.