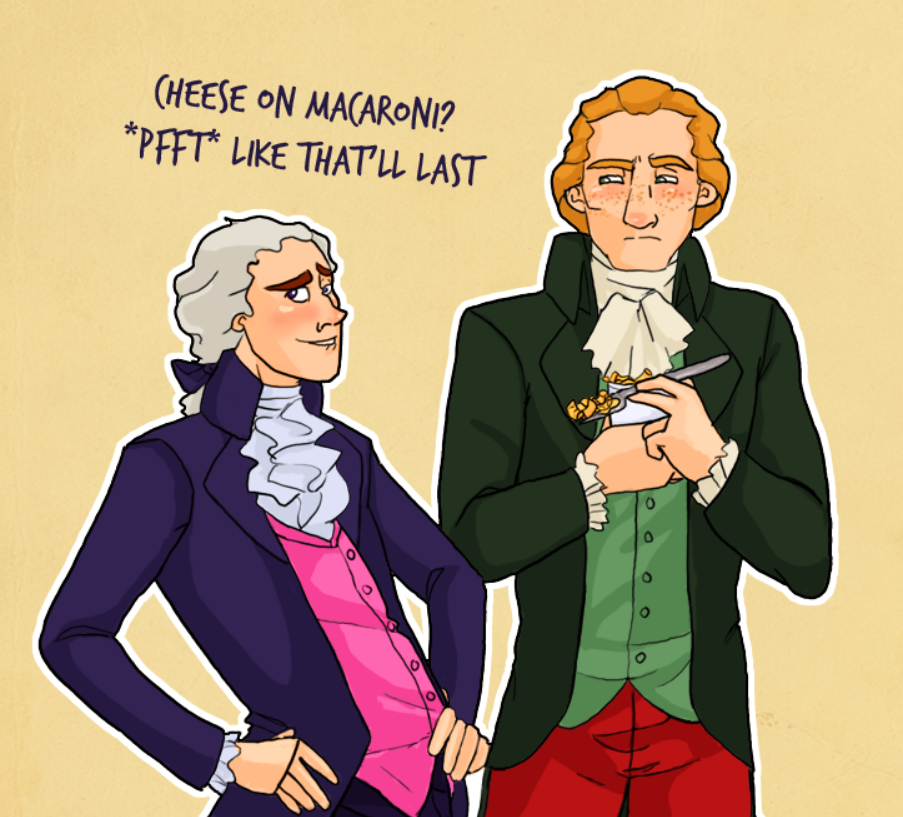 Urban legend has it that Thomas Jefferson created Mac and Cheese. In his worldly travels, he brought back new food ideas. It turns out that the third president of the United States was quite a foodie. He introduced the delicacy at a state dinner in 1802. He did not invent Mac and Cheese but made it popular. It was already a standard dish in Europe.
The first written recipe [for macaroni and cheese] seems to be from The Experienced English Housekeeper, by a Mrs. Elizabeth Raffald. Published in 1769.
“Macaroni was a highly fashionable food in late eighteenth-century Paris, and Jefferson not only enjoyed the dish but also commissioned William Short to purchase a machine for making it. The machine was later shipped to America. Jefferson also investigated the manufacture of macaroni during his trip to northern Italy and drew a sketch with detailed notes on the extrusion process. When Short was in Italy, he sampled the local product and concluded that the cooks of Paris made better pasta than he could get at Naples. Apparently, the macaroni machine that Short bought was either not durable or unsatisfactory, for in later years Jefferson imported macaroni and Parmesan cheese from Marseilles for his use at Monticello. While in France, he also copied a recipe for making macaroni (“Nouilly a maccaroni“) without a machine. This recipe makes clear that what was eaten as macaroni was what Americans today would term spaghetti — the dough was rolled thin and cut into strips, and each strip was then rolled with the hands into a noodle shape.”