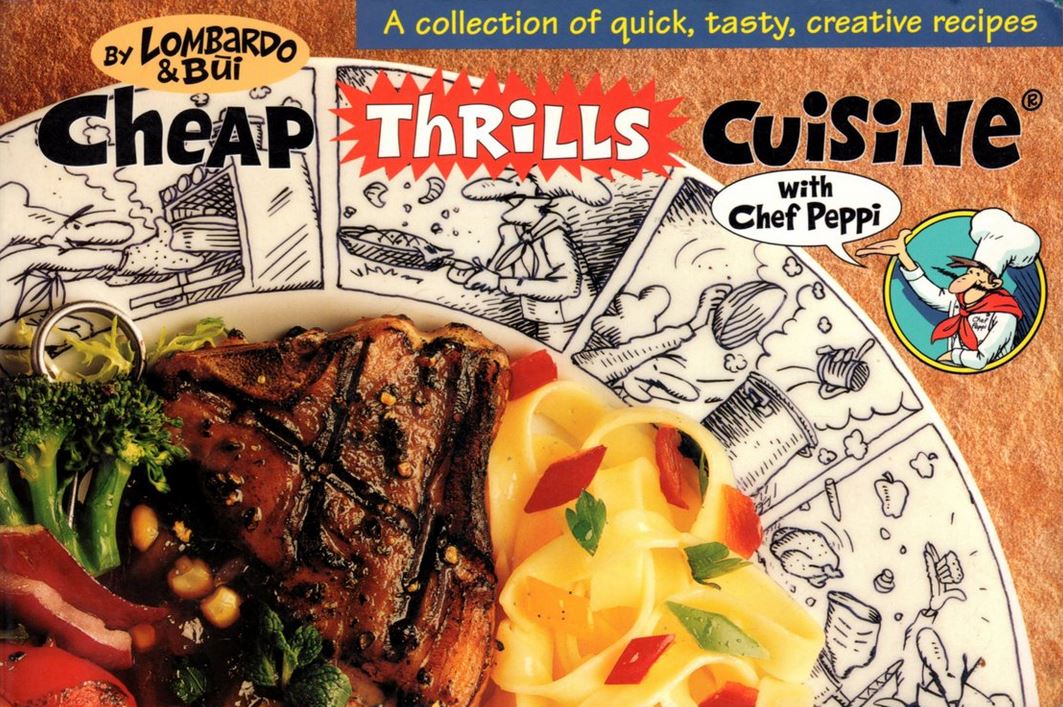 The thrill is not gone: Cheap Thrills Cuisine

Cheap Thrills Cuisine is touted as “the world’s first culinary comic strip”. Not every newspaper carries the strip created by Bill Lombardo and Tak Bui. The low profile strip has been chugging along for many years without any fanfare. Cheap Thrills Cuisine was published in book form way back in 1995 collecting several strips of the time. The niche comic strip is still going strong without abate. The strip is distributed by Andrews McMeel Universal and hosted on GoComics every Wednesday. Chef Peppi delights the audience as the proportionally challenged curator backdrop chef who recreates Bill Lombardo’s recipes as illustrated by Tak Bui.