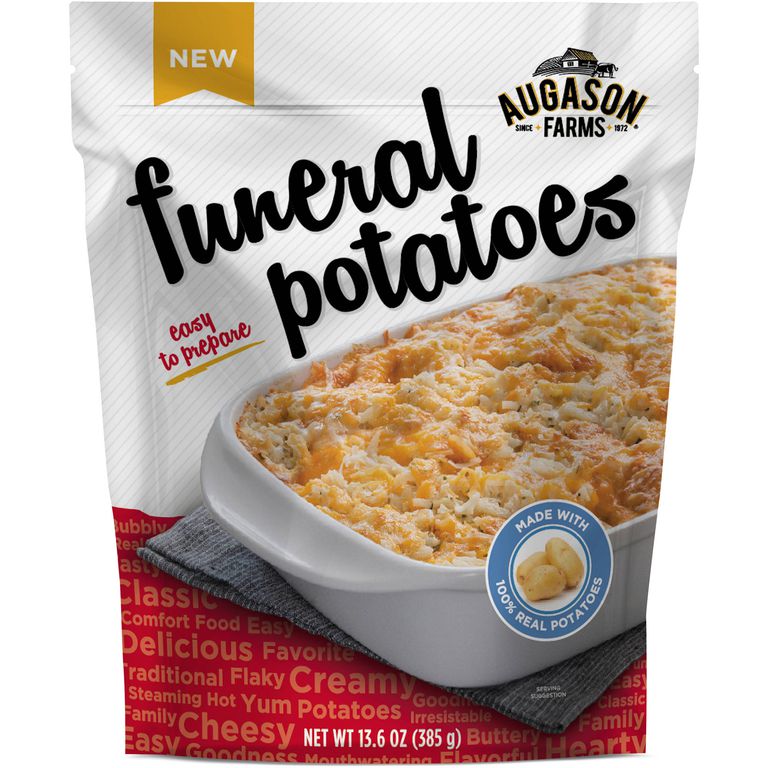 I am a bit surprised that a conservative retailer like Walmart would sell funeral potatoes.  Traditionally, the casserole is served as a side dish during after-funeral dinners in the Western and Southern United States.  They are very popular at gatherings of the Church of Latter-day Saints. I have not tasted funeral potatoes, I heard they are to die for.