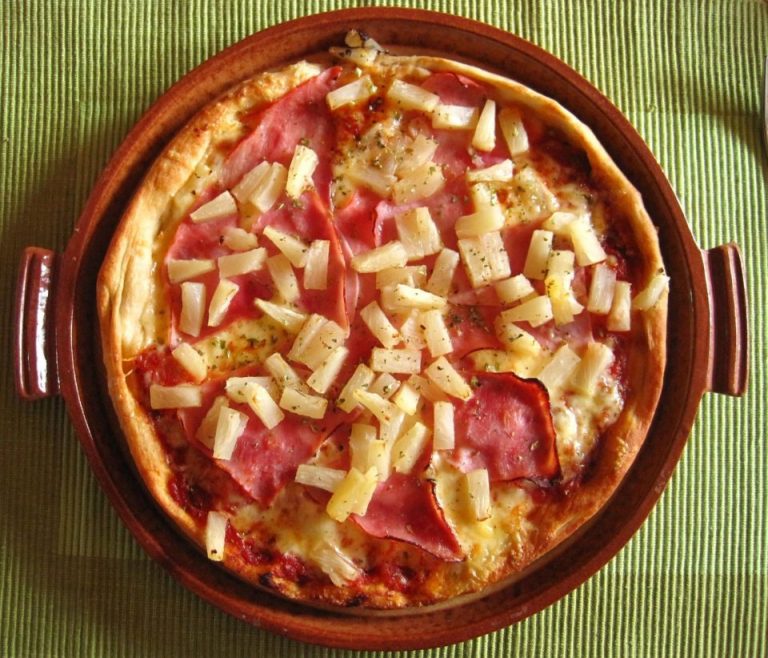 Believe it or not, the Hawaiian pizza was created by a Canadian? Unholy by pizza purists, this pizza found its way to many menus since it was created in 1962 by Sam Panopoulos, who was born in Greece and moved to Canada when he was 20. The Southwestern Ontario creation was named Hawaiian pizza after the brand of canned pineapple used for the pizza. Traditionally it is combined with ham as a contrast to the pineapple sweetness.